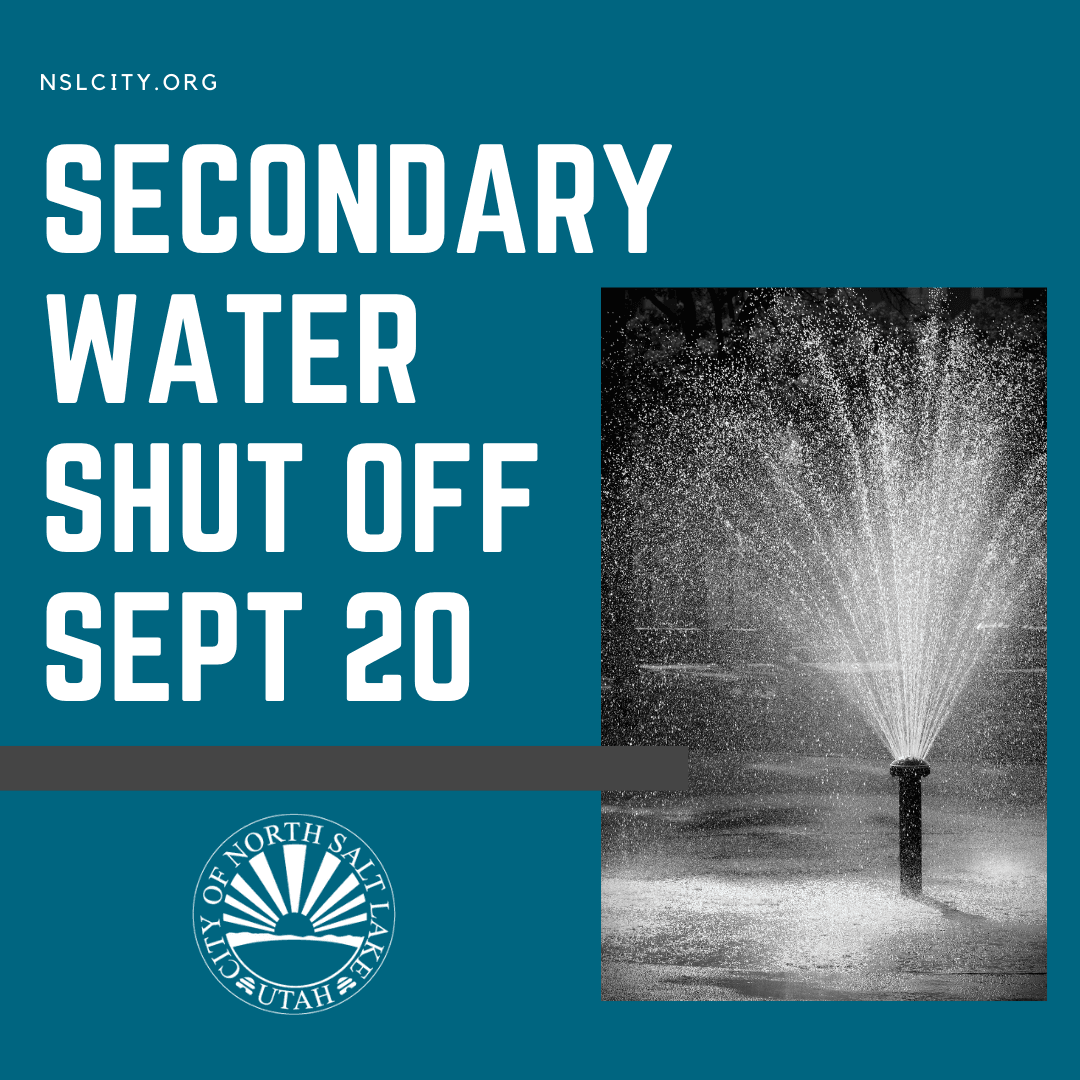 The City received a notice from the Weber Basin Water Conservancy District (WBWCD) that it will shut off the City’s secondary (irrigation) water on September 20th. This early shut off affects the Foxboro neighborhood which receives its outside watering exclusively from WBWCD. This change also affects one neighborhood in the foothills. The City will be asking other residents outside of these affected areas to cease their outside watering by October 1st, approximately two weeks after the Conservancy District. We ask any residents who can continue using culinary water for irrigation, to also please stop outside watering by October 1st.

We have also been informed that South Davis Water will stop their supply on September 20th. The City is not associated with South Davis Water, but we know that a small percentage of City residents do receive their irrigation water from them. If you have questions for South Davis Water, you can reach them at 801-295-4468.

The City and the WBWCD recognize that this early shut-off may be difficult for residents and hard on landscaping. However, it is necessary and must be done in order to preserve a portion of the State’s reservoir storage for next year’s drinking water supplies. We know that this is a hardship on all residents, but ask for your continued support of water conservation techniques and strategies. This year, the City has collectively consumed about 75% of last year’s water consumption for the same time period. That is a success and we thank all of the City’s residents for working hard to reduce water consumption this year. We know that it isn’t easy to do sometimes, but appreciate the public’s efforts to reduce water usage this year.  When we do conserve, it’s an investment in our future by preserving supplies for coming years.