On December 12, 1931 Harry Shipler, from Shipler Commercial Photographers, took this picture (above), looking east from what then was Cudahy Lane, and is now known as Center Street. He setup his camera just on the other side of the rail spur that serviced the Cudahy packing plant. Using a fisheye lens, he was able to capture a panorama view of the North Salt Lake City area.

Left to Right: The History Revealed

In the early 1900's, the first post office was build next to the stockyards. This post office was designated as the North Salt Lake drop. Darlene Oliekan, who went to work for the post office in 1949, remembers the first building to be an old wood rickety building situated on the railroad tracks. It had no bathroom and no running water. The old coal stove did not keep you warm because the wind blew right through the walls. Mrs. Oliekan tells about receiving the mail. "The train would go by at 9 a.m. and throw the mail bag out. It would land somewhere along the tracks. When it was about 6:30 p.m., I would hang the catcher bag full of mail on a hook beside the track and the train would snatch it off as it went by. You had to be sure the mail bag was snatched up and the mail not strewn along the tracks." The Post Office was the first official naming of the area as North Salt Lake. Before that, it was called South Bountiful. 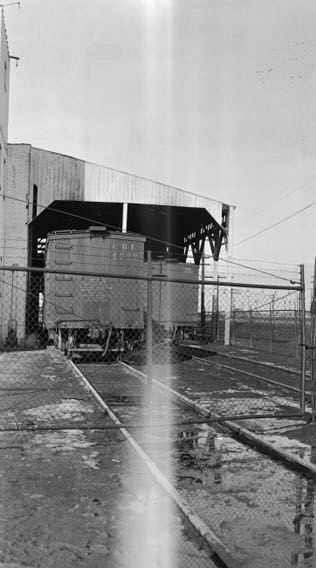 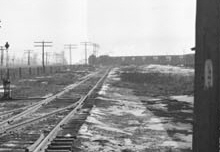